The modern rap superstar. Kendrick? Drake? J. Cole? At what point does the individual artist reach a nigh unrivaled level of musical and cultural significance? Numbers are certainly requisite; as streaming has superseded CD sales, rappers and their management are pushing for placement across a number of services, often building the brand through exclusivity deals.

Before having the leverage to independently release an album to critical and financial acclaim, or drop a project for free to preserve one’s creative identity, the proverbial rap star goes through a process of matriculation. For any such king of the game, Kendrick, Drake and Cole included, I’ve identified four stages through which the modern rap star transitions in the never ending quest to be the best rapper alive.

The kid from around the block, shouting out his newly acquired rap name at any given chance is at the heart of most rap icons. Hip-hop, as discussed in a past piece, is a culture founded at a grassroots level with a certain reverence for the “underground.” For the rapper on the come up, building a following rooted around a local influences is key. Viceland captured this essence in their Noisey docu-series that showcased how artists from Chicago, Detroit and other areas have crafted their rap identity. In one particularly notable episode, “Bompton,” the Noisey crew sits down with Kendrick Lamar to discuss the impact his music has had on members of his Compton community. In this same episode, Noisey profiles artists Lil L, Hitta J3 and others who have attempted to escape the throes of gang violence and marginalization by building a rap career in the face of misfortune.

The aspirations of new rappers like Hitta J3 have manifested themselves in the cosigns from stars like Kendrick, the same way that Kendrick earned notoriety after being picked up by Top Dawg Entertainment following the release of his debut mixtape, Youngest Head Nigga In Charge (Hub City Threat: Minor of the Year). In a 2011 interview with HipHopDX, Lamar mentioned the local focus of the tape, the goal being to generate buzz within the city rather than hunting for overnight celebrity status as so many young artist do (Kendrick echoes these sentiments on 2017’s “Element,” rapping, “You know careers take off, just gotta be patient.”) The viral nature of internet platforms YouTube, Soundcloud and the like have made catapulting to stardom somewhat easier, though the longevity of careers are bookmarked by tactical approaches like Kendrick’s.

J. Cole took a similar approach, targeting Jay-Z for an endorsement. After failing to take off posting tracks online under the moniker Therapist, legend has it that Cole journeyed to New York City, where Hova was recording American Gangster in 2007. After waiting three hours, the Roc-Nation honcho dismissed Cole, only for him to eventually garner a feature on The Blueprint 3 on the cut “A Star Is Born.” 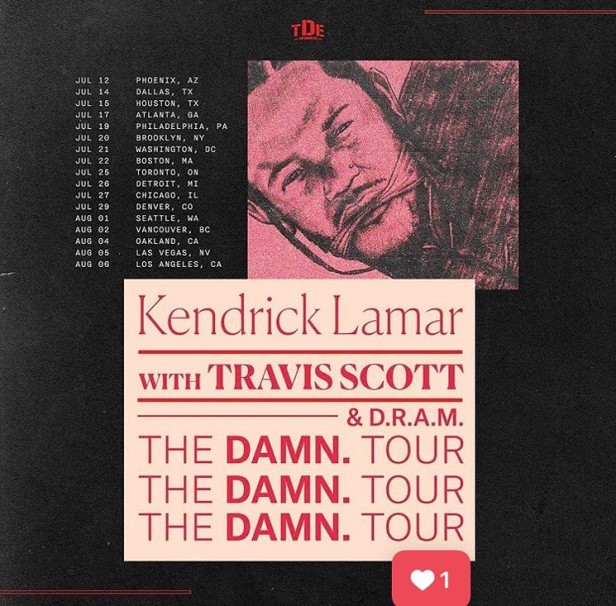 Once a mixtape graces the ears of a relevant industry bigwig, what ensues is a concentrated effort on visibility. As much as posting a mixtape on Datpiff.com can segue into a major artist remixing a track and aiding in overall popularity, the efficacy of touring for artists is unrivaled. Taking the stage (literally) before a headlining performer can further establish an artist’s following as fans probe deeper into the catalog of a relative unknown. Such was the case for Dvsn and Roy Woods, opening acts for Drake’s Summer Sixteen Tour. Both acts, signed to Drake’s OVO Sound label, made their studio album debuts in 2016 with Sept. 5th and Waking at Dawn respectively, and had some tens of thousands of potential new fans in venues ranging from California, Atlanta, Texas and more via the tour.

Of course, label head Drake was part of a similar move at the outset of his career on Lil Wayne’s 2008-09 I Am Music Tour for Tha Carter III. According to a Business Insider article from 2012, J. Prince, CEO of Houston based Rap-A-Lot Records recalls his role in discovering Drake and forwarding his tracks to Wayne.

“At first I was tellin [Wayne] about him like, “Yo, you really need to check this dude Drake out,” and Wayne wasn’t tryin to hear it. Then one day while leavin the Galleria, I just threw his CD in and let it play. He was like, “Wait..who is this?,” and I was like “Drake…the guy I been tellin you about.” Wayne told me to book him on the next flight to Houston.”

That flight procured Drake’s feature on the $42 million tour and his future collaborating with Wanye through Young Money Entertainment and working alongside artists like Tyga and Nicki Minaj. 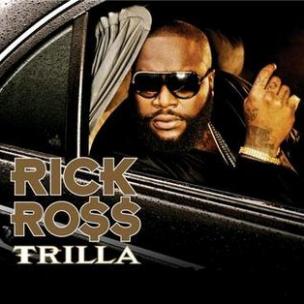 Just as brands are established and mixtapes are posted, artists are responsible for making good on the money invested in them by labels and their supporters by dropping the coveted studio debut. In an interview with Viceland’s Desus & Meru, Maybach Music’s Rick Ross recalls the substantial front money forwarded to him in anticipation of his debut.

“When I signed, of course, there was a bidding war, so I came home with seven figures, but I didn’t spend a penny,” said Ross. “I went on the road, I forgot how many shows it was we did, I didn’t buy anything for the first nine months. When I came off the road after nine months, I bought my first Maybach.”

In return for the paper, though, Ross had to deliver in the form of a commercially viable project through which Def Jam (his signees by way of Slip-N-Slide Records) could earn a return on their investment. Ross did deliver, in the form of Port of Miami, released in August 2006, which went gold two months later in November. Possibly more important than the album as a whole, however, was Ross spawning two radio friendly hits in “Hustlin” and “Push It.” Peaking at 57 and 54 on the Billboard Hot 100 respectively, both cuts inspired a number of remixes, official and otherwise that further boosted Ross’ commercially capable persona. Ross would follow up this effort with another gold album, 2008’s Trilla. Regardless of the total value of Ross’s lyrical contributions to hip-hop (remember when he downplayed rape?) his penchant for sonically consistent commercial releases has reinforced his empire in the rap game.

Once the labels have earned back their initial investments and artists have proved that their success is not a fluke, rappers seeking new levels of fame will be faced with one question: “How can I evolve?” No superstar’s career resembles this question more than Mr. Pink Polos and Backpacks, Kanye West. Following a trio of commercially successful studio albums in The College Dropout, Late Registration, and Graduation, Mr. West found himself at a personal crossroads. On November 10, 2007, West’s mother Donda, an inspiration for cuts like “Hey Mama” from Late Registration, passed away from complications relating to a cosmetic surgical procedure. Sometime later, Ye parted ways with longtime girlfriend and fiancé Alexis Phifer, a relationship originating in 2002.

These trials compounded on Kanye the man and Kanye the artist, ultimately leading to 2008’s 808s and Heartbreak which ranks among West’s most sonically divisive releases. Pitchfork gave the album a 7.6, citing, “Nobody else on a large scale is coming close to firing imaginations on this level, and if the guy wants to make a record for himself he’s earned the right to do it– even if the public ultimately prefers his big, brash summer jams more than blubbery Notwist-like bedsit indie.” While commercially successful, West’s first foray into the depths of his sonic imagination would become something of a staple of his, as he seemingly returned to form with My Beautiful Dark and Twisted Fantasy in 2010, only to dip further into obscurity with 2013’s Yeezus.

Kung Fu Kenny delved into a new realm of expressionism as well, albeit to a lesser extent than Kanye. Prior to the release of the acclaimed To Pimp A Butterfly, Kendrick Lamar’s albums were self-contained story lines revolving around Tammy and Keisha (Section 80) or Kendrick Lamar Duckworth himself (Good Kid M.A.A.D. City). GKMC was a particularly personal album, effectively delineating the makings of his upbringing amidst a bevy of diatribes and skits set to a Compton backdrop.

With TPAB, Kendrick crafted the soundtrack to the Black Lives Matter movement as a veritable trove of outwardly applicable cuts against a much more jazz/funk influenced sound than past albums. Amidst themes of social and financial enslavement, vice, and encouragement Kendrick, as he would later claim on “Element,” “Tried to lift the black artist,” an arguably loftier goal than that of past projects. No longer was Kendrick making music for himself as a sort of personal therapy. To Pimp A Butterfly signified his step into rap’s forefront with a new (for him at least) sound while reengaging his audience to reconsider their own existence.

What does this say about the evolution of rap’s gatekeepers and icons? For one, the road to success is an arduous path bespeckled by a certain combination of luck, timing and tragedy. Regardless of who holds the crown of “best rapper alive” (spoilers, it’s Kendrick) the growth into such a figure is for anyone but the faint of heart. Luckily for artists, lyricism alone does not a career make, and fashioning an image capable of standing up to criticism is a crucial measure to amassing cultural significance. The perseverance to manufacture a commercially viable style and eventually redefine it without losing faith in fans and critics is the figurative light switch that illuminates the career of an unwavering deity in hip-hop.